I know this is unrelated to fiction, but its something that’s been on my mind and I wanted to share my thoughts.

A friend of mine asked this on Facebook a while back. Someone she knew had committed suicide, and the turmoil of the experience prompted her to ask the question. Although I feel like I have already answered this question for myself, the idea snowballed alongside a lot of other concerns that have been making their appearance in the back of my mind lately. Depression, war, sickness, suicide, loss – it is a season of sadness this year. There are almost daily reminders of the ravages of evil in the world.

Do these things serve a purpose? Are they a part of some greater good that we hope for but cannot see? Or is the universe a purposeless place? Is the pain and heart ache of life a mere by-product of randomness, an incurable, untreatable disease upon the universe?

It’s an easy question to ignore – at least, when life is going according to plan. And yet, when the cold rain falls, I find it almost impossible not to ask, why? Why do these things happen? And when you profess to believe in a good and all-powerful God, as I do, it becomes even more of a challenge. How can we justify such a God in the face of so much evil? Here is my answer, by way of a little biographical information.

There have been many times in my life when I have been faced by something difficult for me, whether it was prolonged unemployment, or struggling with depression; being single, or being overwhelmed as a parent – whatever the trial, if I looked hard enough, I could see a reason behind it. I felt comforted to know that I was growing, I was learning something as a person. I felt that God had a purpose in it.

It was hard work, at times, to get to a place where I could see things in that light. At least, it seemed so at the time. Until I couldn’t do it anymore.

I have four beautiful, awesome, healthy children. They are the most incredible blessing. They are my life. About two years after my second child was born, I conceived a third time, and we told all of our friends and family as soon as we found out. Everything had been just fine before, it would be fine again, right?

No, as it turned out, it would not. At twelve weeks, the bleeding started. I had miscarried. We were heartbroken. The physical experience was overwhelming. The bleeding was so awful that at one point, I blacked out. In retrospect, I think I was anemic. But who knows? I will never really understand.

In the weeks that followed, I dreaded the sound of the telephone. Every time I answered, it was someone who hadn’t heard. I had to tell the bad news all over again. And I simply did not want to talk about it. I couldn’t think about it. I just had to think about something, anything, else. I had little children to take care of, and I had to keep the sadness at bay. I stopped calling people.

A good friend of mine at the time became pregnant. During previous pregnancies, we had always chatted about how our time was going, sharing jokes about the troubles of morning sickness and food cravings. After one conversation , I tried to laugh, and then avoided her for months. She was a good friend, and I just dropped out of her life. I couldn’t bear to talk about my own pain in the midst of her happiness, and I couldn’t pretend that everything was okay. I couldn’t help being angry that I had lost what she had gained.

I conceived a third time in the same year. We were hopeful, but tried to be prepared for the worst. I miscarried again. I have never wanted anything the way I wanted another baby. And at the same time, the thought of a positive pregnancy test terrified me. Emotionally, I was healing a little, but I was a still a mess. I didn’t talk to anyone but my husband about it, and neither of us had much to say.

At that time, we were attending a church in New Mexico that had hired Fernando Ortega to conduct the worship service. He plays beautiful piano music. I remember one Sunday morning, standing in the pew at the start of the service, and this absolutely gorgeous, moving music brought me uncontrollably to tears. I wept and wept and wept. And I thought, first, ‘who’s great idea was it to have Fernando Ortega play the worship music? What are they trying to do to me?’

And I also thought, ‘Why would God do this to me? Three times in one year. Why? Do my prayers mean nothing?’

I felt that I was not simply enduring a hard trial. I felt that God was being cruel, unnecessarily so. Nowhere in me could I find any sense in this.

In all the years of my life previously, I had been able to find some kind of meaning behind the adversity I was facing. God was doing something good, even if I couldn’t see it. I was sure of it. And inevitably, as the pressure slackened and I passed through that rough place, I could look back and see good that had come of it. I cold find ways that I had become a better, or stronger, or more loving person because of what I had been through. But from that point on, that feeling was gone. I simply could not imagine any good that might be achieved by it all.

It would have been easier to believe in a random universe, without wisdom, or meaning or purpose, than to believe that there was a good plan behind all this.

But I did believe in a God who has a good purpose for all things. I still do.

I think, at that point in my life, I learned to live something that as a Christian, I had always tried to believe. We trust that God has a good plan, even when we can’t see it.

The truth is that we really don’t know why God does things. Not in the here and now. God promises that all things work together for those who trust in Him. But we don’t know anything else. All our assumptions about the good work that God is doing in our lives are assumptions. Sometimes it is a real and genuine blessing, to recognize something good that has come out of our trials. But I don’t really know, and I don’t rest my faith on it. What I do know is this.

When I think about my life – when I really stop and think about what’s there, I know that my life is a daily, hourly gift from a good God. From the food on my table, to the unspeakable beauty of my child’s laugh, to the breathtaking blue of the sky, to the miraculous existence of my own body and the complexity of my brain, in the very desire of my soul to know him, I know that God is good. When I think about the great gift of His Son, I trust that God loves me. And because He is good, I trust that He has a good plan for all the workings of my life.

If I feel like that is true, that’s an extra blessing, a gift of God to cherish. Sometimes I don’t feel it. But I believe it anyway.

I’m reminded of the old, and for some familiar, idea of life as a tapestry. A thousands threads woven together to form a picture may have threads of bright and golden colors, and other threads that are dark and coarse and dull. When the work is finished, it will be possible to see how those dark and ugly incidents in life are really necessary to complete the picture, so that all of creation can sing the glory of the Lord.

But here in the midst of this life, we cannot see the finished picture. We can only see the present moment, and whatever share of darkness and heart ache it may contain. It’s a small and limited picture.

I don’t believe in a God who plans and coordinates my good because I can see it happening. It is because of the good that I can see, and I trust the God who has given it to me.

When my third child was born and put into my arms, I was awestruck. He felt like SUCH a miracle. Many people never get that kind of miracle, and I am still grateful.

Things could have been a lot harder. They are certainly harder for many people around me. And life probably has even worse in store for me before my time on earth is done. But I am trying to be thankful for all that God has done for me. I cannot see the big picture, but I trust that He does.

Receive an email when I have a new book or story available. Sign Up Here. 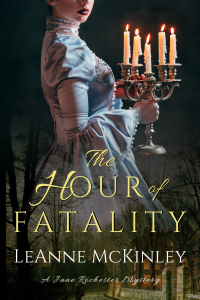 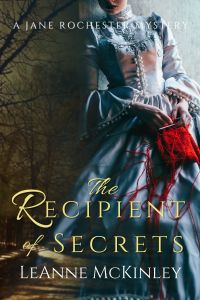 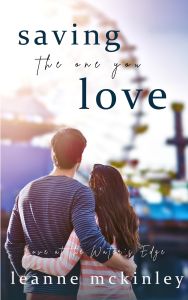 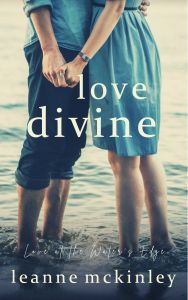 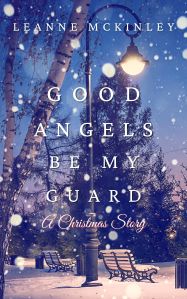